This forum is for members of the public to post any announcements relating to Diablo 2 Mod Making including mod and patch releases amongst other similar subjects.
Post Reply
33 posts

The AOE is huge and it even affects targets behind me, which doesnt make much sense. Especially when u can use the skill with any weapon.

To help you understand what's going on under the hood, the skill is releasing an invisible missile that travels straight ahead of you slowly. This missile then releases other missiles that seek out targets near you within the seek radius on the skill. This happens in a circular fashion, so it is possible to hit things behind you. The idea behind it was that when you hit, you are emitting a force wave from the hit.

Of course, all of these missiles are invisible.

the reset button in the skill tree you use it and you loose all said skill points with the sorc.
Top

bleedingapathy" wrote:the reset button in the skill tree you use it and you loose all said skill points with the sorc.

Sounds like an error with PlugY. Perhaps it can't quite read the skills right. I'll look into it.

Just uploaded a new version. Feel free to play with it!

Heya. Is the new version compatible with PlugY? I installed your mod on top of D2SE, but it shows no "use PlugY" option.

Edit: Could you please add a "USE" file in /data/local/ to force the language to English? I have a Korean version of cLoD, and setting Language=ENG in D2SE_SETUP.ini doesn't work--the game still loads the cLoD korean strings.

Edit 2: Darn, I forgot how tough this mod was. Corpsefire still giving me lots of headaches.

You might want to reduce the number of skills. Because the monsters have too much HP, you need to choose 1 combat skill and max it ASAP--players are actually punished for investing 1 point into multiple skills and trying each. Alternatively, reduce the difficulty a bit in the early game.

Documentation would be great. "Learn as you go" doesn't really work in a mod that punishes you severely for investing into the wrong skill.

P.S. I recommend uploading the mod to Google Drive and sharing the download link from there.

Level 12 sorceress here. I beat Corpsefire using Frost Blast and a magic staff with Knockback, which allowed me to (slowly) whittle him down while he was permanently stun-locked. However, this trick doesn't work on Clayman, and he's regenerating HP faster than I can damage him. How can I beat him?

Skills like Frost Blast and Earth Rage are overpowered, because they spawn missiles with no NextDelay, which apply damage on each frame.

Most other skills, OTOH, deal too little damage. Monster HP should be reduced somewhat to prevent combats from taking too long.

Some fancy skill effects cause graphic overload--the boss next to the Tree of Inifuss in the Dark Wood often spawns glitched invisible missiles that instakill my character. Maybe it's because I was also spamming Frost Blast, but I had no graphics problems until then.

Blood Raven is bugged: killing her does not complete the quest. Also, she seems to have been massively weakened in the current version.

Kasha (act 1 hireling NPC) only offers level 1-5 Rogue mercs, despite me being level 15.

The Rogue hireling requires too much XP to level up. Leveling her up is a huge grind.

On some new characters, I spawned with a modified Rogue Camp (act 1 town) layout with a sparkly gold chest and many armor racks. However, when I exited and re-entered the game, the town was reset to an unmodified cLoD layout.
D2TXT / D2INI - Python scripts for editing TXT files, or converting between TXT ↔ INI files
Top

Just finished act1, Its hard to play without database.
Why Mers all low level? me lvl40 and my mer max lvl5 on shop and lvling him is so slow 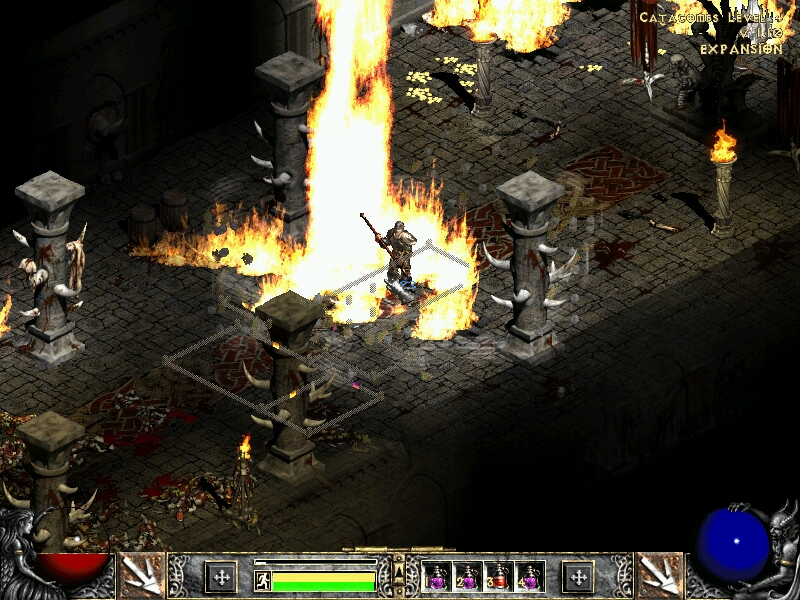 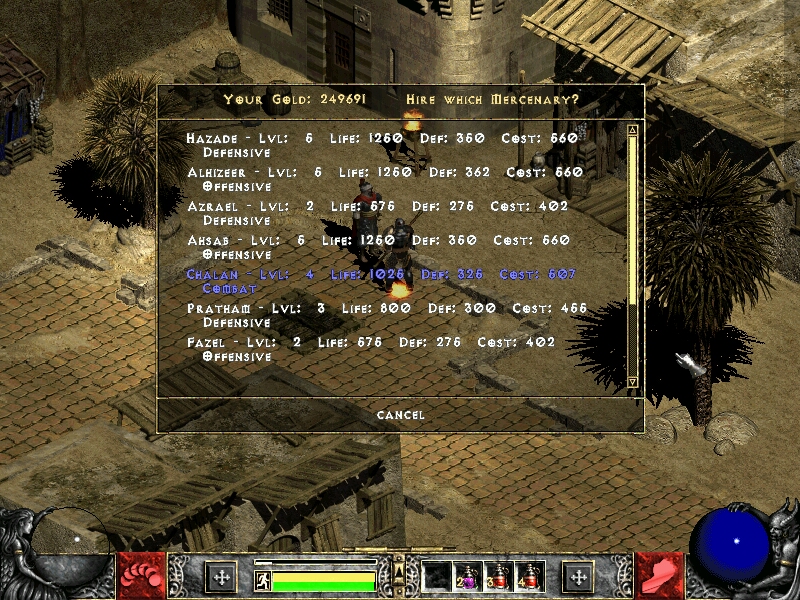